Janasena Party dealt with a huge blow. Former CBI Joint Director Lakshminarayana resigned to the party. He released a letter saying that he is disappointed with Pawan Kalyan’s lack of stability. “On several occasions, you said you would not go back to films but you did. This only implies the lack of stability,” he said.

“I thank every party worker and everyone who voted me. On a personal level, I will be always available to Janasainiks, Party Cadre, Veera Mahilas, and the citizens,” Lakshminarayana added. He concluded the letter saying that he wishes the blessings of God to Pawan Kalyan and his family members.

This is a huge blow for Janasena Party which is hoping for a change of fortunes after the alliance with BJP. Lakshminarayana contested for the Vishakapatnam Parliament constituency in the recent elections. He came third but his candidature ensured that TDP candidate lost the election with a slender margin.

In fact, he got more votes in the Gajuwaka segment than what Pawan Kalyan got from the area in Assembly Elections. 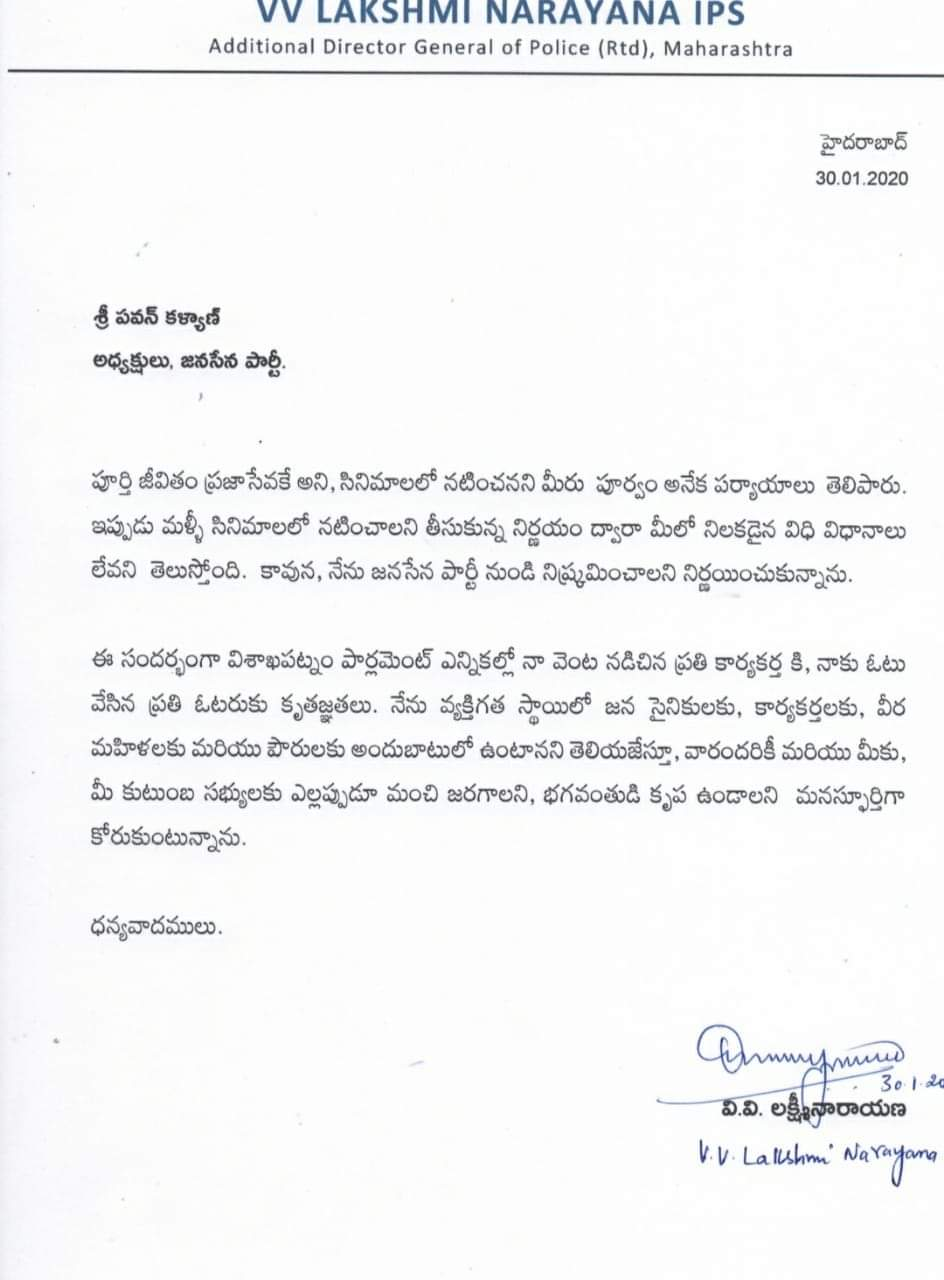