Almost a month ago Puri Jagannath broadcasted a monologue, a podcast about flop movies and need for respecting and saving the producers who give failures to the industry. Telugu Film Producers Council (TFPC) released a press note thanking Puri Jagannadh for that podcast.

The press note reiterated every part of Puri musings how the flop movies provide employment for cine workers throughout the year and if not for them, there wouldn’t be sufficient employment as the number of flop films exceeds the successful films which aren’t even 10% of the total number of movies produced in a year.

TFPC asked film journalists and critics to understand the hard work behind every movie and also realise the fact that no producer invests crores thinking that he is producing a flop movie. Well, Puri put forward a thought process that never occurred to anybody, earlier.

The present times are testing times for producers and they need huge support from not only journalists and reviewers but also the industry biggies. What do you think about TFPC’s response to Puri’s podcast? 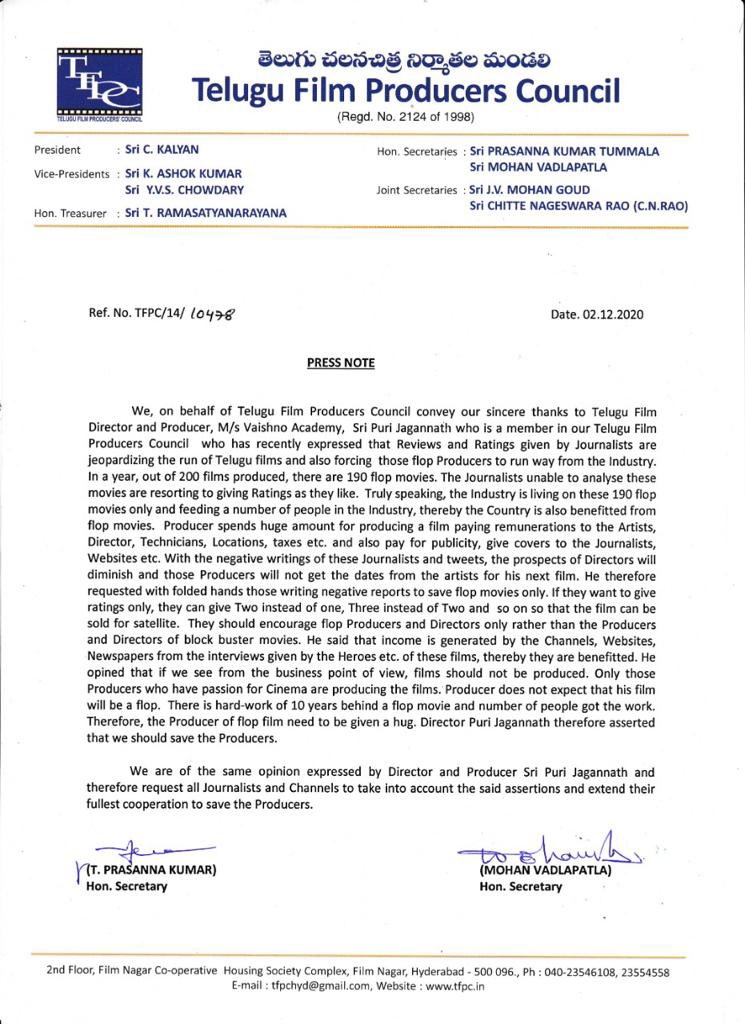