Tough is the current lockdown period, and these are tougher for those who have been suffering from serious illnesses like in the case of international acclaimed Bollywood actor Irrfan Khan. There were several reports that his health condition relapsed when he fell down in his bathroom.

For the unversed, Irrfan Khan was diagnosed with Neuro Endocrine Tumour in 2018 and since then, he has been undergoing treatment, initially abroad and came to India in 2019 and taking the treatment from Kokilaben Hospital, Mumbai.

Now, he is said to be admitted in hospital due to difficulty of breathing and weakness after he fell down in the bathroom. He has his wife Supata and two sons with him in his hospital.

Though he was ill, the internationally acclaimed actor completed his Bollywood movie ‘Angrezi Medium’ that came to theatres just a couple of days before the lockdown. Hence, had a very limited theatrical run.

Meanwhile, a week ago, his mother passed in Jaipur, but he couldn’t attend her funeral rites for the obvious lockdown reason. It’s sad to know that he is once again in Kokilaben Hospital, and we can only pray that he gets well, very soon. 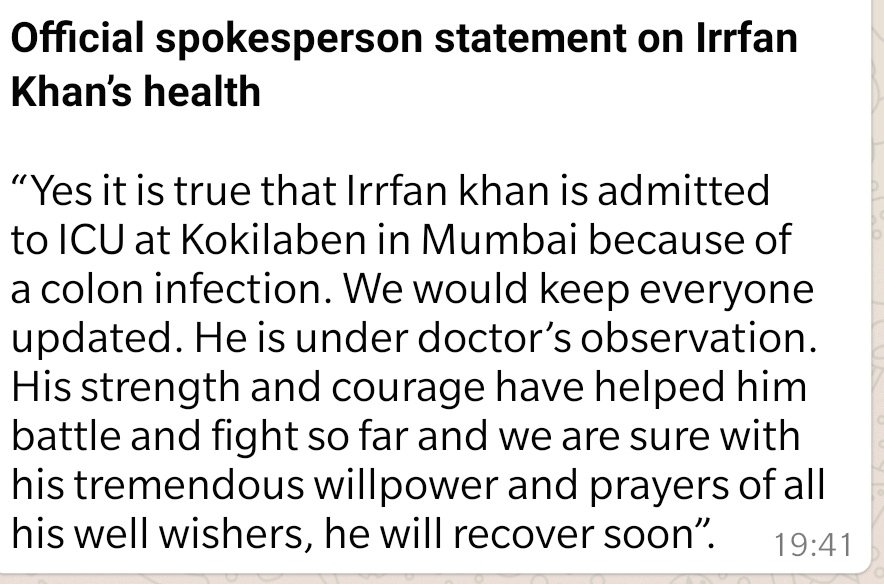